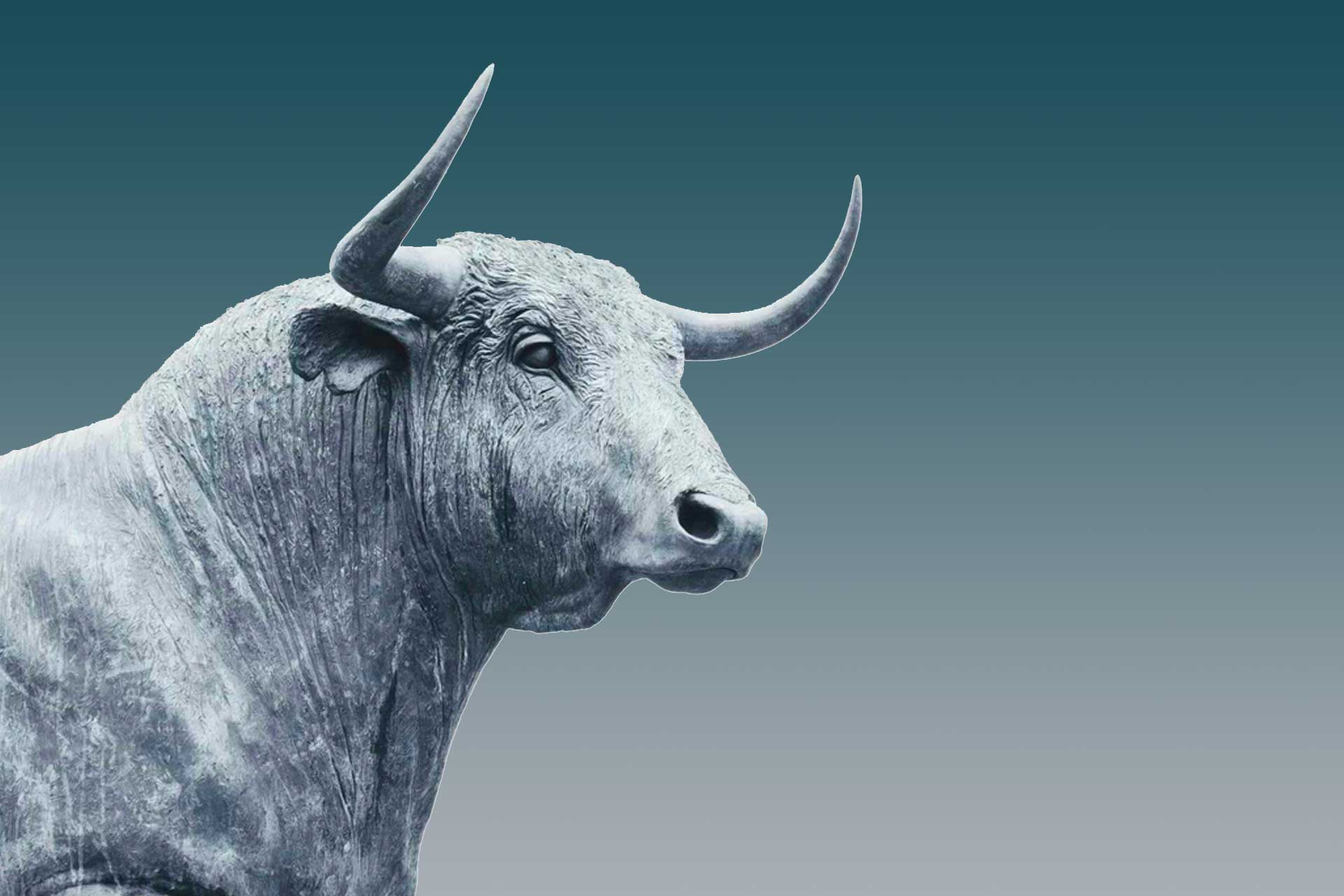 The Taurus, dreams and passive strategies

The Charging Bull in New York, the bronze statue of the sculptor Arturo Di Modica depicting a bull in charge, has become in a few years one of the most famous symbols of world capitalism, a true international icon of finance, visited and photographed almost as much as the Statue of Liberty. At first sight, the work seems to be a triumph of strength and aggression, but in reality it symbolizes much more: it is a tribute to the spirit of enterprise of the American self made man, to his courage and to his ability to face great challenges in order to transform dreams into reality.

It was also created with the intention of celebrating the spirit of revenge and redemption of which the work itself is a resounding example: after being placed illegally in front of the New York Stock Exchange building as a tribute to all those who did not lose hope during the crisis of ’87, it was repudiated by the same leaders of Wall Street who asked the city administration to remove it without even imagining what success it would achieve in the years to come.

THE CHART OF THE AMERICAN DREAM

If we look at the performance of the S&P 500 of the last century we find all the concepts of which the Charging Bull is an expression: despite the dramatic crisis of 1929, the Second World War, the black Monday of 1987, the bursting of the Japanese speculative bubble, the dot.com bubble, the 11th of September 2001, the subprime mortgage crisis, etc. … the index has always managed to recover the lost ground. To give an idea of the size of this “American Financial Dream”, just think that if an investor had invested in the U.S. index on the 30th December 1927, today it would be generating an incredible performance of 15691.96%, equal to about 5.69% per year. All this without considering the dividends that would further increase this result.

An even more surprising fact is obtained if we consider an entry into the American market at an unfavourable time (such as during the peak of August 1987 and therefore “buying badly”) and a subsequent sale in March 2009, which is one of the most dramatic moments in the history of finance. You might think you’ve made a disaster but the reality tells us the opposite because despite the bad timing in these 22 years we would have achieved a performance of +100.89% equal to about +3.29% per year (even in this case without counting the dividends). In short, performance that for many investors are a dream.

From the simple considerations made previously it would come to wonder if the solution of investment smarter is not to adopt a classic buy and hold strategy on stock indices, especially for investors who have a medium / long time horizon. Unfortunately there are some criticalities that are often underestimated and very frequently end up damaging heavily the returns of investors. For example, we must first assess what is meant by the medium / long time horizon. An answer seems to give us Buffet when he sarcastically states that “Who is not ready to hold an action for at least 10 years should not be ready to hold even 10 minutes” and this already makes us understand that if Buffet is right many investors overestimate their temporal resilience of the portfolio. Market analysis actually indicates that mean recovery rolling times for drawdowns range from 7 years for the S&P 500 in the last 50 years to about 13 years for markets like Italy. Even with the most goodwill, it is rare for an investor to have the ability, the possibility or the patience to hold his capital steady for such a long period. In addition, we must evaluate the market scenario in which we find ourselves because the time to recover the drawdowns are extremely variable and largely depend on the timing of entry and then the macroeconomic and geopolitical situation of the moment.

As if that weren’t enough, we consider that passive strategies are inherently inefficient because of some mechanisms that are often underestimated but that in reality are extremely impacting and in some cases they even question the same term “passive strategies”. One thinks for example to the delaying on the earning momentum that is obtained because of the temporal discretization in the rebuilding of the indices. To understand what this is about, let’s take a simple example: on the 27th December 2018 the Juventus share became part of the main Italian stock exchange index, the Ftse Mib. This happened thanks to the growth of the company’s market capitalization as a result of the stock market euphoria that caused the stock price to rise dramatically (probably also due to factors unrelated to business analysis or budget). Therefore, the index holder only bought this security after its price rally and not before. At the same time, it only sold the securities out of the basket of reference (Mediaset and Mediolanum) after their depreciation and therefore after generating a loss. Another striking example was the entry of Kering, Linde and Amadeus in the EuroStoxx 50 to replace the agonizing Deutsche Bank, Saint Gobain and E.On: even in this case, the shares entered were veterans of outstanding positive performance and Amadeus had even been excluded from the same index a year earlier and then reappear after an extraordinary rebound. Stock market indices are periodically rebalanced on the basis of the company’s market cap and this generates incredible inefficiencies; passive management in fact includes a very bad active management of inverted mean reversion.

We can conclude that the reality is much more complex and varied than one could imagine and passive strategies, i.e. those that simply replicate the performance of an underlying market or index, are not a universal solution. In the face of some advantages (e.g. very low costs) they are inherently inefficient and are often not adequately calibrated to the needs of the customer. Therefore, as in the case of medicine, it is always advisable to rely on professionals who are prepared and able to understand first of all the needs of the individual investor and then build a strategy based on his specific needs.